The National Governing Body for the Sport of Ultimate in the U.S.

USA Ultimate organizes the full spectrum of ultimate in the U.S. and hosts several major events annually, including national championships for youth, college, elite and masters divisions, as well as the U.S. Open, a major international tournament. It also owns and operates the Triple Crown Tour, the highest and most competitive level of ultimate in the United States, consisting of men’s, women’s and mixed-gender divisions.

As one of 91 member organizations of the World Flying Disc Federation (WFDF) – the international federation for flying disc sports and member of the International Olympic Committee (IOC) – USA Ultimate is responsible for the selection of U.S. National Teams for all major international events, including junior, U24, elite and masters world championships and the quadrennial World Games.

Governed by a core principle called Spirit of the Game™, ultimate is proud of its heritage and continuing practice of being a self-officiated sport from local, recreational play to elite-level, international competition. The sport was created in 1968 by students at Columbia High School in Maplewood, NJ and is now played worldwide across three primary disciplines – grass, beach and indoor.

To advance the sport of ultimate in the United States by enhancing and promoting Character, Community, and Competition.

Ultimate is widely known, played and respected in the United States as a sport that inspires athletic excellence and integrity among participants and fans.

The Global Structure of Amateur Sport

As the National Governing Body (NGB) for the sport of ultimate in the United States, USA Ultimate is a member of both ultimate’s international federation (IF), the World Flying Disc Federation (WFDF), and our country’s National Olympic Committee (NOC), the United States Olympic & Paralympic Committee (USPOC).  Both the USOPC and WFDF are members of the International Olympic Committee (IOC). As the NGB, USA Ultimate also oversees various state-based organizations (SBO) and local affiliate disc organizations. Below is a diagram illustrating the structure of amateur sport. 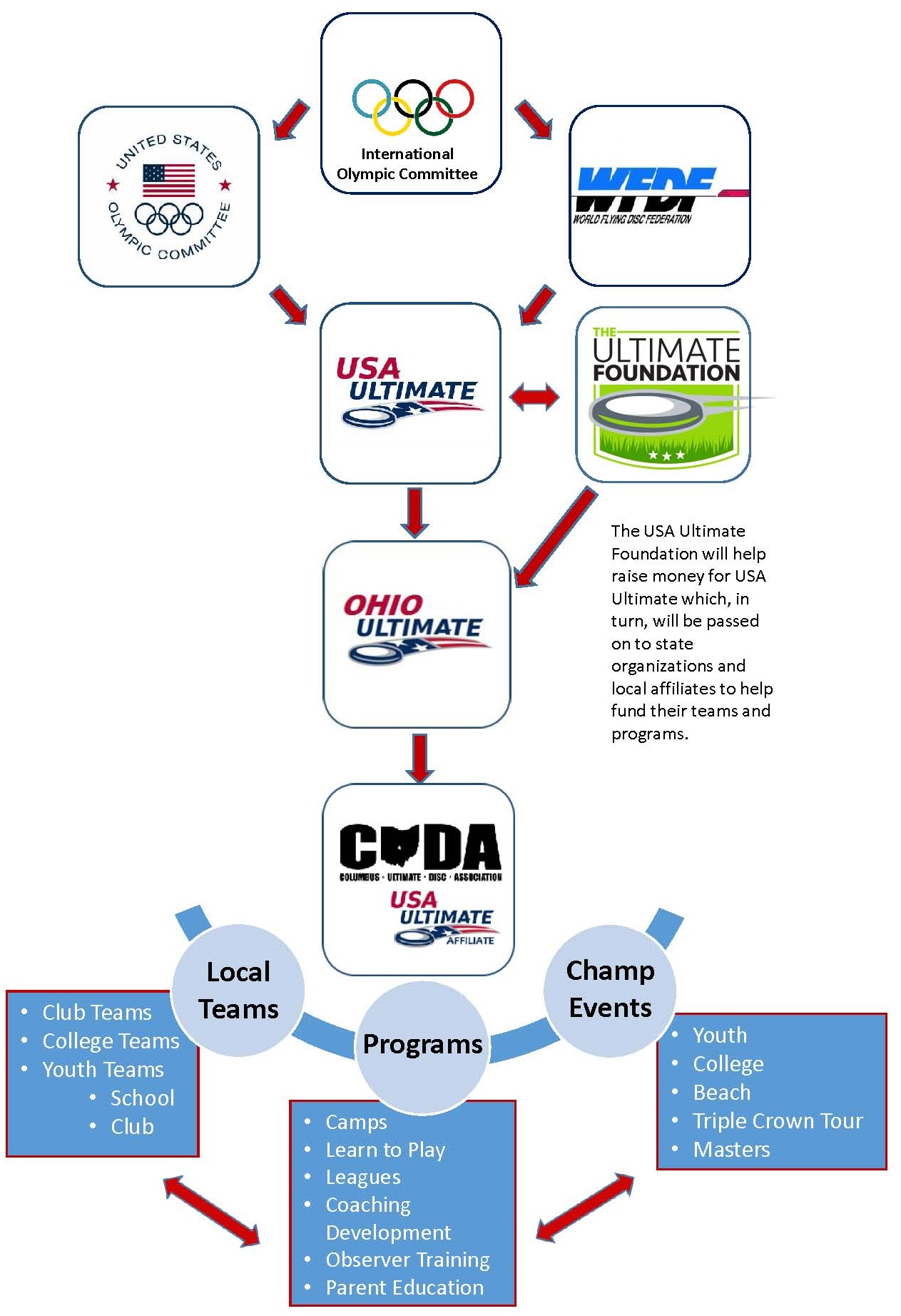