Colorado Springs, Colo. (November 2, 2022)—USA Ultimate announced today Spin Ultimate as the official uniform supplier and merchandise partner of the U.S. National Team. As part of the agreement, Spin will outfit Team USA athletes and staff with competition and casual apparel and offer a line of officially licensed National Team merchandise for sale through 2025.

Founded in 2007, Atlanta-based Spin Ultimate is one of the largest ultimate apparel brands in the world and provides uniforms, casual apparel and equipment for teams, players and fans. Recently, Spin has served as the official merchandise partner for major national championship events, including the USA Ultimate College Championships, the U.S. Open and Youth Club Championships, the Beach Championships and outreach programs like the Girls’ Ultimate Movement (GUM).

“We’re incredibly excited to enter into this new partnership with USA Ultimate to provide uniforms and gear for the National Team,” said Dan Konisky, president and owner of Spin Ultimate. “This is an exciting time for ultimate and we look forward to outfitting the best American athletes as they compete around the world.”

“For more than a decade, USA Ultimate and Spin have enjoyed a long and fruitful partnership across a variety of programs and championship events,” added Andy Lee, managing director of marketing, communications and brand for the national governing body. “Given Spin’s history and longtime commitment to USA Ultimate, along with their unmistakable enthusiasm and passion for Team USA, an alignment with the National Team program is a natural fit. We’re excited for Spin to help us continue our support of players and staff who represent the U.S. on the sport’s biggest stage and take the merchandise program that comes along with it to the next level.” 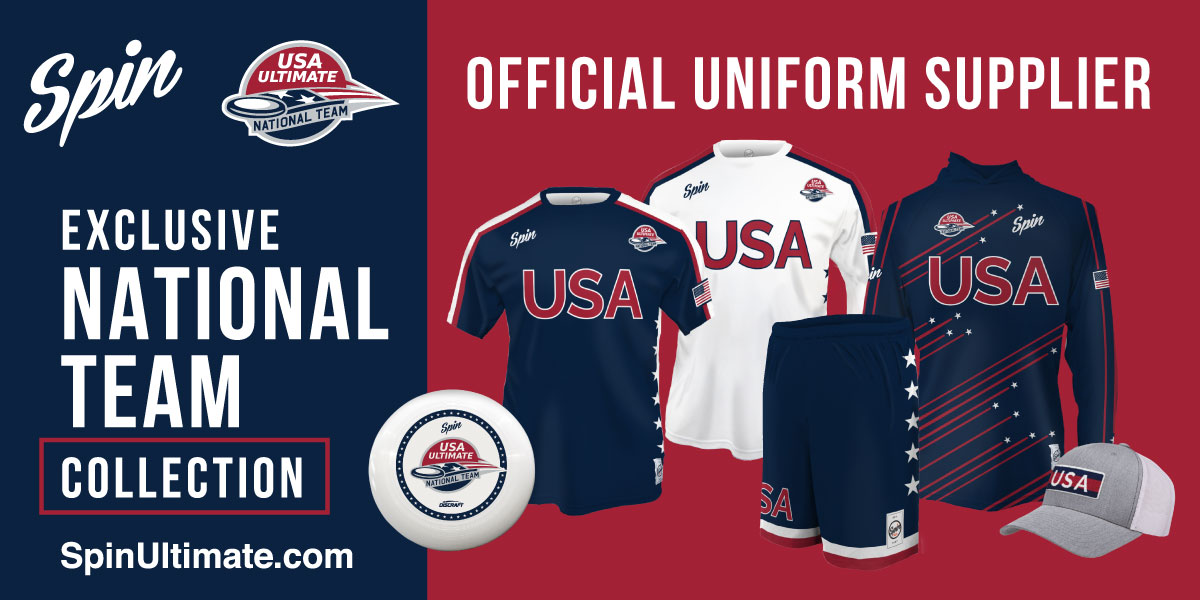 Hall of Fame
Back to top
To access the previous version of our site, click here.
We use cookies on our website to give you the most relevant experience by remembering your preferences and repeat visits. By clicking “Accept”, you consent to the use of ALL the cookies.
Cookie settingsACCEPT
Manage consent